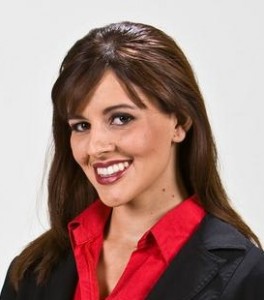 Alexandra Limón is heading to Fresno to become nightside general assignment reporter for KGPE-47, the CBS affiliate. Her first day on the new job is next Monday, Nov. 9.

She leaves Tucson, where she has been a reporter for the Telemundo TPC regional newscast since April of 2008. Her last day there was yesterday.