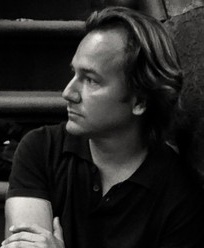 Raúl Martinez, founder and chief creative officer of ad agency AR New York, has been brought on as creative consultant to Vogue after the departure of the magazine’s design director. According to Women’s Wear Daily, editor-in-chief Anna Wintour called Raúl back in to work with the magazine and vogue.com in the art, design, overall image and brand of Vogue.

Raúl started his career at Rolling Stone and helped relaunch House and Garden. He previously worked at American Vogue, as creative director. He left the magazine in 1996 to start his own ad agency. He has also been design consultant for Harper’s Bazaar.

“I will still have the agency and undoubtedly, the two can coexist. I can’t begin to explain how excited I am to be joining forces with Anna once again,” he told WWD.

Raúl returns to Vogue the week of Dec. 1. His work will begin to appear in the pages of the magazine in the spring.