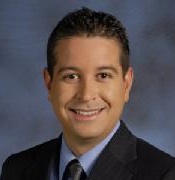 Chris Ramirez will be Communications Director for the City of Albuquerque. Mayor-elect Richard Berry, who gets sworn in Dec. 1, hired him away from KOAT-7, Albuquerque’s ABC affiliate.

Chris, a New Mexico native, joined KOAT as a reporter in Sept. 2006. He previously worked at WBTW-13 (CBS) in Myrtle Beach and at KTSM-9 (NBC) in El Paso.