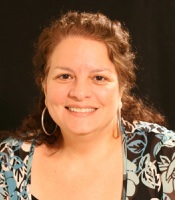 Joanna Hernandez started a new job as Multiplatform Editor on the Universal Desk at The Washington Post.

She leaves New York, where she had most recently been teaching journalism at CUNY and worked as a copy editor for The Record and the Herald News in northern New Jersey.

She was previously director of the Feature Production Center for The New York Times Regional Media Group. Joanna has also worked as editor at The Star Ledger in New Jersey and as copy editor at the San Francisco Examiner and Newsday.

Joanna is a former region director for NAHJ. She currently serves on the board of UNITY: Journalists of Color as its Vice-president.