The study points out Latinos make up the ethnic group with the largest gains in internet usage. 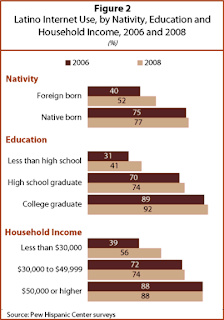 Among the findings: 81% of Latinos who are online have internet access at home and of those, 76% have a broadband connection.

You can read the full report here.