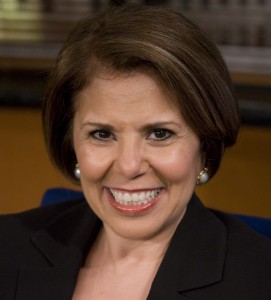 After 30 years in the television industry, Anna Carbonell is retiring. Her last day as VP, Press & Public Affairs for NBC-4 and Telemundo 47 in New York, a post she has held since July 2002, is January 29.

Anna tells me she has worked since she was 14 and now wants to do something else with her life. “I’m going back to school. I want the next stage in my life to be about learning and purpose,” she says. Anna never finished college and with her daughter being a prominent attorney, her objective is “to make my daughter proud. I would like her to see me in a cap and gown.”

She’s planning to study world history and modern literature at Hunter College in NY. But she’ll be taking it easy. “I want to relax and learn.” She also plans to focus on spending time with her family.

Anna spent 15 years at WABC. For 13 of those years she was producer and host of “Tiempo,” a Sunday morning talk show. She moved to WNBC in 1995, where she served as host and EP of “Visiones,” the station’s Hispanic affairs program. She went on to become VP of public affairs for WNBC and added those duties for Telemundo, after the merger in 2001.