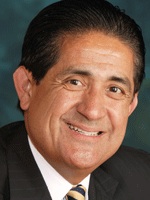 Augie is a 30-year television executive, who was worked for Telemundo Network, CBS, Fox and Univision. He was general manager at KMEX-34 in Los Angeles until 2004 and later became VP of the Eastern Region for Univision Communications, where he launched the first Spanish-language O&O in the Philadelphia market.