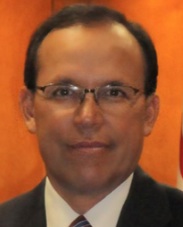 As of today, award-winning broadcast journalist Manny Medrano returns to practice law full-time. His last day as a reporter at KTLA-5 in Los Angeles was yesterday. He will continue doing a weekly legal segment.

Manny, a former federal narcotics prosecutor, has teamed up with fellow colleague John Carlton to launch what he calls a “boutique litigation firm.”

“This has been percolating for some time,” he tells me. “I’ve been doing television news for 16 years. It has been a wonderful experience, but it dawned on me that I didn’t want to retire doing that. Now, I have the best of both worlds. I get to go back in a courtroom, which I love, and also keep using my media skills. It’s a dream job.”

Manny says he had been thinking about making this jump for about a year. “I’ve been very blessed with my career, but I’ve never been my own boss.” He looks forward to having more flexibility in his schedule, which he did not have as a full-time journalist.

Manny is a Harvard Law School graduate, who worked as a federal prosecutor in Los Angeles. He went on to become a legal analyst and then a reporter for KNBC-4. He was then recruited by ABC network news as a U.S. Supreme Court correspondent, before returning to L.A. as a reporter for KTLA. He is now founding partner at Medrano & Carlton.