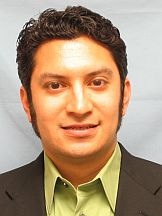 Brandon Benavides has moved to Washington, D.C. to become content producer for WRC-4, the NBC O&O. His first day was Monday.

Brandon tells me he will “write, edit and produce shows. D.C. was my career goal. It took me 6 years.”

He left ABC affiliate KSTP-5 in Minneapolis, where he was Sr News Producer. He had been at the station since 2006. He was previously EP for KETK-56 in Tyler, Tx.

He is currently General-At-Large Officer on the board of the NAHJ.