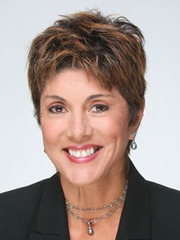 After working at WFLD-32 for more than 20 years, the station has decided not to renew reporter Lilia Chacón’s contract, when it expires on July 3.

Robert Feder reports Lilia was told Friday her position was eliminated. She tells him she would love to stay in Chicago, but is open to relocating, expressing interest in returning to Albuquerque, where she had her first on-air gig.

An Emmy-award winning reporter, Lilia started at the Fox O&O in Chicago in 1989.