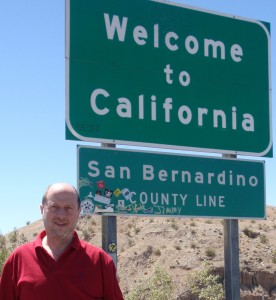 Starting today, Pablo Iacub starts his new job as news director at KUVS-19, the Univision O&O in Sacramento. He replaces Isabel González, who left the station in December, for a news director job in Houston.

He drove cross country for the move. He tells me “I decided to do my first trip from Miami to Sacramento in my car, more than 3,000 miles in 3 and a half days, to feel the change that this new stage represents in my life.”

Pablo was most recently News Dept. Production Manager for Telemundo Network. He previously worked as a producer for “Al Rojo Vivo,” and the now defunct “Sin Fronteras” and Telenoticias. In all, he had been with Telemundo for 15 years.