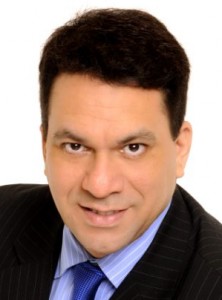 Sergio has more than 20 years of experience working in programming, sales and promotion with Telemundo and Univision. He started his career as a DJ for KINT in El Paso when he was just 13. He went on to work at KBNO radio in Denver after graduating from college. He began his TV career with local stations in Denver and Houston, before landing a job as Network Producer of Programming and Promotion for Telemundo and later Director of Promotions for Univision.