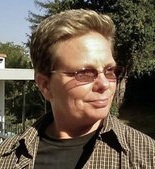 An L.A. jury on Friday awarded $1.732 million dollars in damages to KTTV-11 camerawoman Patti Ballaz for injuries she sustained after LAPD roughed her up while covering the May Day immigration rally in 2007. Video of her being battered by police was captured by another TV station and aired right after the incident.

The trial in Patti’s civil lawsuit against the City of L.A. and the LAPD began on June 15. During the trial, she testified that she had to have multiple surgeries on her hand, elbow and ankle. According to Courthouse News Service, Patti’s attorney showed graphic pictures taken after the surgery. Jury deliberations started on July 1 and lasted just one day. 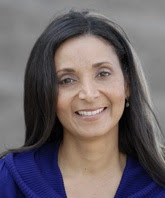 The L.A. Times reports that KPPC radio reporter Patricia Nazario also got a jury award of $39,000 for “physical and psychological injuries inflicted by police” that “led to lasting pain and post-traumatic stress disorder.”

The jury did not agree on an award for KTTV-11 reporter Christina Gonzalez, who was with Patti on the day of the incident.

Less than a month ago, several other journalists received settlements stemming from “May Day Melee” suits against the city of Los Angeles.