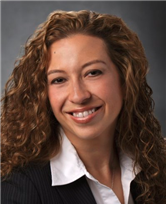 Diana Mogollon was named General Manager of mun2. She succeeds Alex Pels, who left the job in December of 2009. She’ll report to Jacqueline Hernández, COO of Telemundo.

Diana joined Telemundo in 2005 as VP, Programming and Marketing and served as the network’s West Coast liaison. Prior to joining Telemundo, she was VP of Galán Entertainment. She began her television career at Lifetime cable network as coordinator in the original programming department, working on original movies and specials.