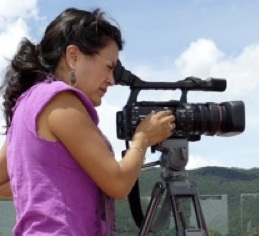 The 28-minute film follows Sergio Castro, a man considered a hero in Chiapas for his unwavering dedication to help and improve the lives of indigenous communities. 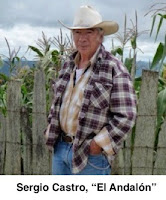 He is called “El Andalón,” because he travels from town to town providing free medical care to the poor. He has also helped build 35 schools, with no help from the Mexican government (he asked for help, but they refused it).

I had the opportunity to see the film and with the exception of a few minor technical glitches, Consuelo, who only just learned how to edit in Final Cut Pro last year, does an incredible job at telling an amazing story. Consuelo, who is a former co-worker of mine from my Mercury News days, shared camera duty with her husband and co-producer, John Speyer.

She tells me she met “el andalón” during a trip to Mexico in 2008 and was so impressed by his humanitarian work, that she was inspired to do her first documentary on him. She hopes others will be inspired enough to help him continue his work by donating to his cause. You can learn more about Sergio and his work here.