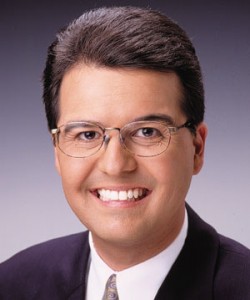 After 12 years in L.A., Ted Garcia returns to San Antonio. He started this week as weekend anchor at KABB-29, the city’s Fox affiliate.

Ted was most recently working as Director of Media Relations at Pepperdine University. He spent most of his L.A. career at KTLA-5, where he was a reporter between 1998 and 2007. He previously worked 2 years at KFMB-8 in San Diego. Before that, he was at KSAT-12 in San Antonio, where he anchored from 1993 to 1996.

Earlier this year Ted was one of several journalists who won a $50,000 settlement from the City of L.A. after suffering injuries from the use of police force during the May Day melee.