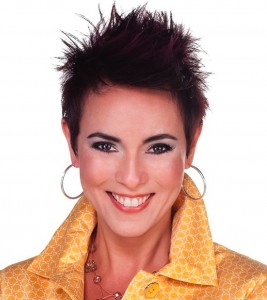 Mega TV has hired Claudia Trejos to be general producer and principal talent for Mega Sports. She’ll be anchoring “Encuentro Deportivo,” a 15-minute sports segment which will air during the station’s daily newscasts at 5 and 10:30 pm. The new segments begin Tuesday, September 7th.

Claudia most recently worked as a producer for Univision Network, covering the 2010 World Cup. She also did some on-air work on Mega’s “Los Implicados.” She was previously sports anchor for “Al Rojo Vivo” on Telemundo and co-hosted the weekly NBA show called “NBA Max.”

Claudia launched her broadcast career in 1996 at KWHY-22 in Los Angeles (when the station was independently owned), as a sports anchor.