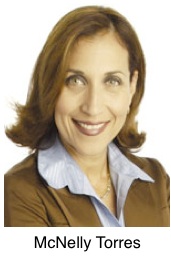 The Florida Center for Investigative Reporting, a bilingual investigative non-profit, received a $100,000 grant from the Ethics and Excellence in Journalism Foundation.

McNelly Torres and Trevor Aaronson are the organization’s founding editors and reporters, who will serve as the associate directors of FCIR.

The center, based out of FIU’s International Media Center, is the nation’s first non-profit, digital and bilingual investigative journalism organization, with a mission to expose corruption, waste and miscarriages of justice in Florida.