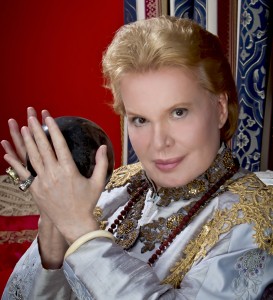 Walter Mercado returns to the small screen… and to Telemundo. Starting Monday, September 27, he joins the network’s morning show “Levántate.”

The famously extravagant astrologer will appear live on the 7 am show, which is produced and broadcast from Puerto Rico. In addition to providing daily horoscopes, he’ll chip in and talk about the day’s topics.

“I feel at home once again,” he said in a statement. “This is where I started and this is where I return to my nest and my home.”

Walter parted ways with Univision in January of this year, after working with them for 15 years.