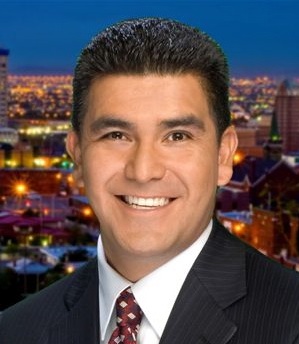 Israel Balderas started a new job as morning anchor at WCCB-27 in Charlotte. He leaves Washington, D.C. where he spent a little less than a year covering politics, penning columns and op-eds.

Before his move to D.C., Israel was morning anchor/reporter for KFOX in El Paso, where he’s originally from.

After many years in the news biz, Israel went back to school and earned his law degree in 2006. He’s a member of the Bar in Maryland and D.C.

After working as a media advisor for the FCC and for a law firm, Israel went back to news, working as a producer for Fox News Channel before getting the anchor gig in El Paso.