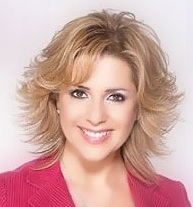 Reports resurfaced today that Ana María Canseco is on her way out of Univision. Klol.com and El Nuevo Día newspaper from Puerto Rico today are reporting that Ana María was told her contract would not be renewed and that she’ll get to say good-bye to her audience tomorrow – her last day on the air.

Back in August I reported that Primera Hora had written a story about upcoming talent changes at Univision, which included rumors of Ana María’s impending departure. We’ll have to wait and see if indeed she’ll be saying her final good-bye tomorrow.

Ana María is one the original hosts of the show, which was launched in 1997.

Just last week, Cristina Saralegui spoke out against Univision, saying she had been ousted against her will, and attributed it to the new management’s strategy to remove older talent. She has since been more vocal, giving another candid interview to TV Notas USA.