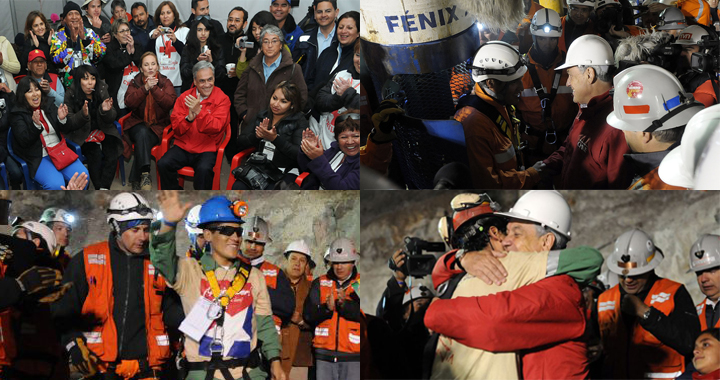 The world watched in awe the live images of the rescue of 33 Chilean miners trapped for 69 days. Hundreds of journalists from all over the world were on site to cover the historic event. The cable news networks offered non-stop coverage, including correspondents on site. CNN, Fox, MSNBC, Univision and Telemundo all did their share covering the ordeal and final moments of what is being considered a miraculous rescue. 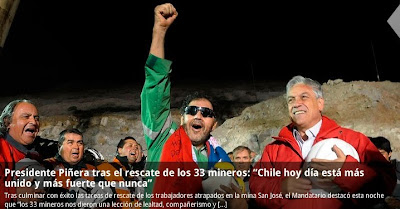 The Chilean government also knows how to feed the media. They not only provided the video feed from the underground mine shelter and provided the photos above, but have also dedicated the government website to highlighting the rescue efforts. The site also includes bios and photos of all the miners.

Photos of the rescue tonight prominently appeared on the front page of the L.A. Times, the Miami Herald and the Wall Street Journal, as well as newspapers around the world. If you missed the action or want to relive the amazing moments of the rescue, there are already tons of videos on YouTube.

This one, showing the first miner to reach safety, was uploaded by Russia Today: