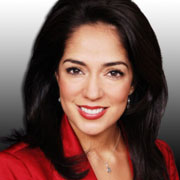 Michelle Valles, who has been co-hosting “Austin Live,” and afternoon lifestyle show on KEYE since September of last year, announced via Facebook that she’s leaving the station.

She wrote she’s leaving to “pursue other interests” after her contract ends this year.

Prior to hosting “Austin Live,” Michelle co-anchored KEYE’s morning news with Fred Cantú until it was canceled, 9 months after she joined the station. Before that, she spent 5 years as KXAN’s 5, 6, and 10 pm anchor. At the time of her departure from KXAN, she said she didn’t renew her contract there because it wasn’t in her “best interest.”