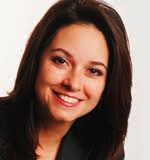 Univision today announced who’ll be taking over top management positions in their Phoenix station, after the previous people in those roles were dismissed or reassigned.

Maelia Macín has been promoted from VP and General Manager of KMEX-34 in Los Angeles to VP and Regional Director for the Southwest region. In addition to managing TV operations in L.A., she’ll now also oversee the Arizona market. Maelia has been with Univision since 1992. Prior to her role at KMEX, she was VP and GM of the Univision station in Austin.

Roberto Yañez, currently VP of News at KMEX-34, has been named VP and GM of KTVW-33 Univision and KFPH-35 Telefutura in Phoenix. He started his Univision career in 1995 as assistant news director at KMEX, later holding news director positions at WXTV-41 in NY and at KUVS-19 in Sacramento. Robert replaces Jose Luis Padilla, who was removed from the post 2 months ago.

Rich Engberg joins the Phoenix station as General Sales Manager. He was most recently GSM at WPEC-TV in West Palm Beach. 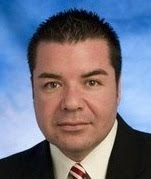 Gerardo Higginson was named Director Community Relations and Public Affairs for Univision and Telefutura Arizona. He’ll be taking over his new role starting Jan.3, 2011. He currently remains Senior Assistant to Phoenix Mayor Phil Gordon. Prior to working for the city of Phoenix in different public information roles, Gerardo was a reporter and anchor for Telemundo Arizona.

Marcos Flores left his News Director position in Phoenix to take on the role of Executive Producer at KMEX-34. He replaces Andrés Angulo, who was let go in September.

Javier Ramis, Director of Marketing and Promotions, also left the station. He was named VP and GM for Univision’s O&O in Austin.

Both news director and marketing and promotions director jobs are still open in Phoenix.