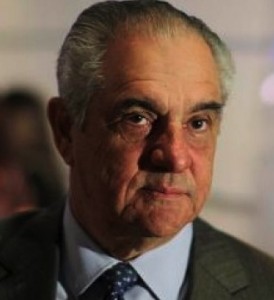 The president of Venezuela’s Globovisión, Guillermo Zuloaga, is seeking asylum in the U.S., after Hugo Chavez has accused him of hatching an assasination plot against him.

The president of the pro-opposition television station fled to Miami in June after the Venezuelan government issued a warrant for his arrest on alleged false fraud charges. He denies he and others have put a $100 million bounty on Chávez.

An outspoken critic of the country’s president, Zuloaga has fought off efforts to shut down Globovisión. The network, which according to the Miami Herald reaches 2.5 million homes via cable, has continued to broadcast, despite millions in fines and more than 40 court cases.