KTDO, the ZGS-owned Telemundo affiliate in El Paso is adding local news to its programming. The hi-def newscasts will air Mon-Fri at 5 and 10 pm starting Nov. 16.

Uriel Posada will be leading the brand new team as news director. Uriel was previously executive director at KUVS, the Univision O&O in Sacramento, where he also produced the Emmy-award winning political show “Voz y Voto.” Born in Ciudad Juarez, he studied at UTEP, so moving to El Paso means returning home for him. 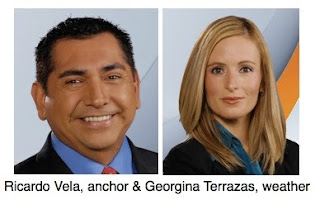 Ricardo Vela will anchor both the 5 and 10 pm new 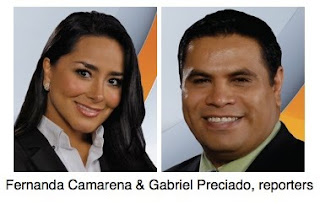 Reporters Fernanda Camarena and Gabriel Preciado round up the team. Prior to joining KTDO, Fernanda was an anchor for Televisa in Ciudad Juarez and an El Paso-based correspondent. Gabriel previously worked as an anchor/reporter for Telemundo in Oklahoma City and was most recently news director at KMMZ 101.3 FM in Midland, Texas.

With Telenoticias El Paso, the city will now have a second Spanish-language newscast.