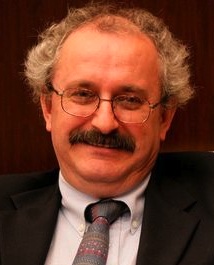 Until today, José was Editor of Poder y Negocios, the Mexico edition of the magazine published by parent company Page One Media.