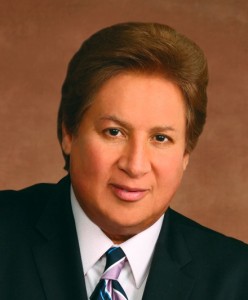 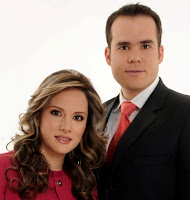 Anchors Christian Lara and Roberto Ruiz, who previously helmed a short-lived newscast from Azteca’s Mexico studios in 2008 after the network shut down its U.S. news operations, will once again front the show.

Azteca representatives would not disclose where the newscast is been transmitted from, but a source confirmed the anchors are Mexico-based and that’s where the show originates. María Elena García Villalobos returns to the network as its L.A. correspondent.

In a Spanish press release, Azteca América states that in addition to bureaus in L.A. and D.C., it has a “Centro de Operaciones en el Medio Oeste” translated as “back-office support in the Midwest” in the English version release. Azteca reps would not provide information on where in the Midwest they have any operations, but an insider tells me they’ve contracted the services of the Independent News Network (known as INN), a TV news service based in Iowa that syndicates “localized” news programs for stations around the country that have small budgets.

Azteca reps also won’t reveal how many people are working on the project or who’s the executive producer, claiming the network is still “making several adjustments” and the information could change by next week.

It seems like Azteca América is trying hard to pitch this new project as U.S.-based, when it’s not – at least not yet. And their refusal to answer simple questions such as where they’re transmitting the show from shows a lack of transparency. Stay tuned!