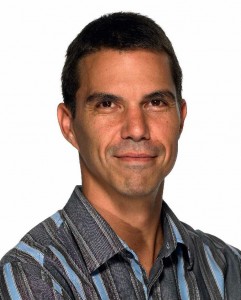 Starting today, award-winning Arián Campo-Flores will be a Miami-based staff reporter for the Wall Street Journal, covering Florida and the Caribbean.

He only had a weekend break between jobs – Friday was his last day as a Senior Writer for Newsweek magazine, based in Miami.

Arián worked 11 years at Newsweek, starting as New York correspondent in 2000. He was promoted to Miami bureau chief, holding that role from 2002 to 2009. Before Newsweek, he was a staff reporter at the monthly magazine The American Lawyer.

Among his many accomplishments during his years at the magazine, he won awards for articles on 9/11 and the crisis in America’s emergency rooms. He was an embedded reporter during the early stages of the Iraq war, followed John Edwards on the campaign trail in 2004, and covered Hillary Clinton’s presidential campaign.

Arián tells me: “I loved my 11 years at Newsweek, but I was ready for a change. And I think the Wall Street Journal is now one of the most dynamic and exciting news organizations in the world.”