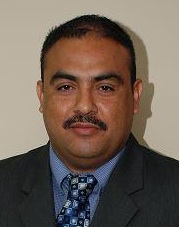 Juan Villa has been named news director at Univision’s O&O in Phoenix. He’ll be taking a break before he starts his new gig in February. He replaces Marcos Flores, who left KTVW-33 to take the vacant Executive Producer position at L.A.’s KMEX-34.

Until last Thursday, Juan was Executive News Producer at the Telemundo station in Phoenix (KTAZ-39) where he worked for the past 7 years in several roles, including Managing Editor and Community Relations Manager.

Prior to joining NBC/Telemundo Arizona, he worked at La Voz newspaper as a general assignment reporter and Chief of Information. Juan began his professional career as a news assistant at KPHO 1480 AM Spanish radio station in 1995 and later joined Radio Unica.

A graduate of Arizona State University’s Walter Cronkite School of Journalism and Mass Communications, he is currently working on a PhD degree.