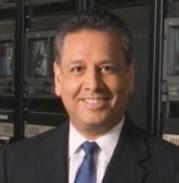 The Houston Chronicle reports a KRIV station rep said they “mutually agreed to part ways.” Rumors about his departure had been circling around for weeks. First, there was talk he was on vacation. Earlier blog reports had people at the station saying he was still part of the news team, even though he wasn’t on the air, raising speculation they might be negotiating his contract.