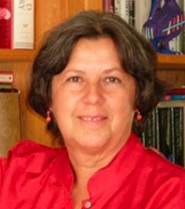 Patricia Boero, the Executive Director of Latino Public Broadcasting, has resigned in order to care of an ailing family member. Her resignation is effective March 8, 2011.

Luis Ortiz, Managing Director for LPB, will be stepping in as Interim Executive Director while a search is conducted for Patricia’s replacement.

Patricia had been ED for LPB since 2007. She had previously been the Director of the Sundance Institute’s International Program, and Senior Program Officer at the MacArthur Foundation where she managed media programs, including funding for major public radio and television series. She has been a correspondent for the BBC’s World Service and field producer for CNN. She was a founding member of LPB’s Board of Directors, 1998-2006.