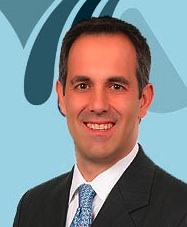 Martín Breidsprecher has been promoted to CEO of Azteca América, replacing Adrián Steckel.

Prior to his new appointment, Martín was COO of the company, a role he held since 2009. He joined Azteca América in 2007.

Adrián Steckel, who was CEO of Azteca América since 2005, is now CEO of wireless telecommunications company Grupo Iusacell.