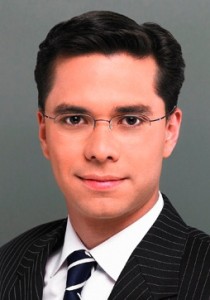 Luis Carlos Vélez is moving to New York to co-anchor the 8 pm version of “World Business Today” on CNN International. He starts the new job on March 1. He’ll be the first Hispanic to anchor news at CNNI.

Luis leaves his job as anchor and senior producer for CNN en Español, where he had worked for more than 5 years.

Before joining CNNE, Luis worked as an anchor and producer for “Portafolio TV” and “Bogotá en Punto” for CityTV in Bogotá. He has also worked as a correspondent for RCN and as a producer for Caracol TV.