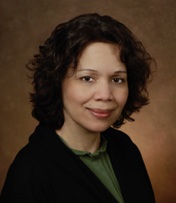 Ingrid Ciprián-Matthews has been promoted to Vice President of CBS News. She was most recently CBS News’ Foreign Editor, responsible for coordinating overseas bureaus, correspondents and producers – a position she held since February 2006.

In her new role, Ingrid will coordinate all day-to-day news coverage, foreign and domestic. Her promotion was announced yesterday by CBS News President David Rhodes.

The Dominican-born Ingrid is an Emmy-award winning journalist, who has been at CBS in different producer and supervisory positions since 1993. Before joining CBS, she was managing editor of CNN’s New York Bureau, before that, she was a field producer, assignment manager and assignment editor for CNN. She started her career as a general reporter for NPR’s Spanish-language news program, “Enfoque Nacional.”