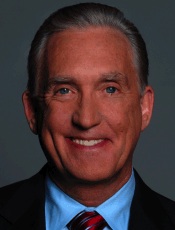 Don Browne, who has been President of Telemundo Communications Group since 2005, is leaving the company. A company press release says he announced he will be retiring. His last day is June 3 – his 8th anniversary since joining Telemundo.

His exit comes as no surprise. It had been rumored for months he would be leaving the company as soon as the NBCU merger with Comcast was over. Shortly before the merger completion, NBCU announced that Lauren Zalaznick, Chairman of NBCU Entertainment & Digital Networks and Integrated Media, would be in charge of overseeing Telemundo network – and Don would be reporting to her.

Don began his career with the company in 1979, as NBC News bureau chief. He was promoted to news director in 1989 and EVP of NBC News in 1991. Prior to joining Telemundo, he was President and GM of WTVJ, NBC’s O&O in Miami.