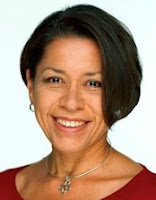 Columnist Veronica Flores-Paniagua has left the San Antonio Express-News. In her last column, which ran this past Saturday, she says the death of a colleague made her reflect on her place in journalism and prompted her to decide to leave the industry.

Veronica also leaves the newspaper where she started her career in 1995. She moved to the Houston Chronicle in 2002 and returned to the Express News in 2006.

Ricardo Pimentel, currently an editorial columnist at the Milwaukee Journal Sentinel, will be replacing Veronica as metro columnist. His last day at the Journal Sentinel is May 4. He begins at the Express-News on May 9, with his first column scheduled to debut at the end of the month.

Ricardo joined the Journal Sentinel as editorial page editor in 2004. In January of this year he stepped down from that position to devote more time to writing. He was previously a syndicated columnist with The Arizona Republic. He has also been the Executive Editor of the San Bernardino County Sun, and Managing Editor at the Stockton Record and Tucson Citizen. He is also a former president of the National Association of Hispanic Journalists.