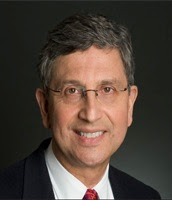 As Ombudsman, Edward will be the public’s representative to NPR, responsible for bringing transparency to journalism decision-making processes. He’ll write a regular column at NPR.org, appear on NPR and public radio programs, visit member stations and consult with stations about journalism practices. He has been Ombudsman at The Miami Herald since 2007.

Edward has more than 30 years experience in journalism. He was the founding editor and associate publisher of The Wall Street Journal Americas, a bureau chief for The New York Times in Buenos Aires and Madrid, and part of a Pulitzer Prize-winning team for public service at The Philadelphia Inquirer. In 2003, he founded the Rumbo Spanish-language newspaper chain in Texas, which was sold to ImpreMedia in 2007.

Until recently, he wrote a syndicated column for The Washington Post and was a visiting professor for Latin American Studies at Harvard University.