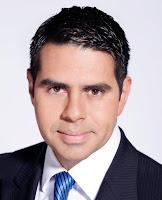 César Conde, President of Univision Networks today was appointed to the President’s Advisory Commission on Educational Excellence for Hispanics. He is the only member representing a media organization among mostly university academics.

President Obama announced the appointments of all the members of the commission this morning. They were sworn in later in the day at an official ceremony with U.S. Supreme Court Justice Sonia Sotomayor at the Smithsonian Institution Castle.