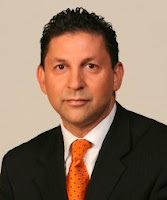 Carlos Rubén Zapata has joined KLUZ-41 as news director of the Entravision-owned station in Albuquerque.

“It was a great opportunity in a great market,” Ruben tells me. “There are many positive plans in motion for the future of the newscasts. It’ll be a great challenge, but I’m really happy to be here.”

This is Carlos’ first news director job. He was most recently a freelance reporter at KWHY-22 in Los Angeles. He was previously reporter/anchor at KAZA-54 from 2005-2010. Before that, he freelanced at KVEA-52. Prior to moving to L.A. in 2003, he spent 3 years as the Hartford Bureau Chief/reporter for the Univision station in NYC.