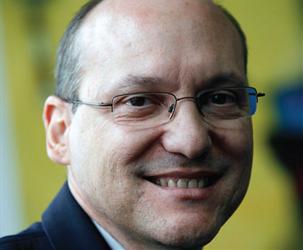 Manny García, Executive Editor and General Manager of El Nuevo Herald was elected president of the Investigative Reporters and Editors (IRE) organization during the group’s annual convention this past weekend in Orlando.

Manny started his journalism career as a reporter at The Miami Herald in 1990, working his way up the ranks.  A Pulitzer-prize winning reporter, he was part of the paper’s investigative team.  In 2003, he became Metro Editor at the Herald.  He was chosen oversee El Nuevo Herald in 2009.

Manny is the first Hispanic to become president of IRE.