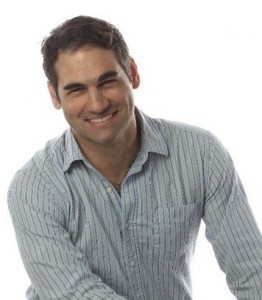 Johnny, a Boston Globe business staff writer who writes about media, tells me why he decided to write the novels:

“I wrote the books because I never saw the characters in novels that looked or sounded like me and my friends – gay and educated professional Latinos who were trying to balance their love life with their family.  I often read gay novels but they rarely had a main Hispanic character. And when I read Hispanic fiction, those books never had a main gay protagonist. So my books are a hybrid of both. I wanted to paint gay Latinos in a positive light and to trump the negative stereotypes that we often see in books, TV and film. I wanted to do for gay Hispanic men and their friends what author Alisa Valdes-Rodriguez has done for Latinas in literature – give them a bigger and more authentic voice.”

He emphasizes “the books celebrate the power of friendship and familia and what it means to be an out and proud gay Hispanic man today.”

Johnny says he’s “flattered” that his books have been optioned.  “My goal has always been to get my stories published. To have those same stories evolve into another form is such a great tribute to the characters and my readers.”

Prior to joining the Globe, Johnny was a reporter at the Miami Herald, where he shared in the 2000 Pulitzer award coverage of the federal seizure of Elián Gonzalez.  He was a featured contributor in the first Chicken Soup for the Latino Soul book.