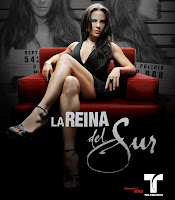 The grand finale of Telemundo’s blockbuster novela “La Reina del Sur” averaged almost 4.2 million total viewers, making it the highest rated program in the network’s 19-year history. It was also the #1 broadcast program regardless of language among key demos at 10 pm, according to Nielsen.