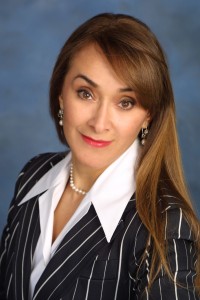 Univision today officially announced it has promoted Sandra Thomas to the newly created position of Senior Director of Local and Affiliate News for Univision News and Marco Flores to News Director for KMEX Univision 34 in Los Angeles.

Sandra will continue to be based in San Francisco.  She will report to Daniel Coronell, VP, Univision News and Kevin Cuddihy, President, Univision Television Group.

In her new role, Sandra will oversee all news content for the local affiliates and serve as the nexus with network news.

Marco will report to Sandra and KMEX-34 General Manager, Alberto Mier y Terán.  Marco had been the station’s interim news director since December 2010.  He was previously news director at Univision’s KTVW-33 in Phoenix, Arizona, a role he held since 2002.  Before that, he was a sports and weather anchor and producer for Telemundo’s KESQ-TV/KUNA-TV in Palm Desert, California.