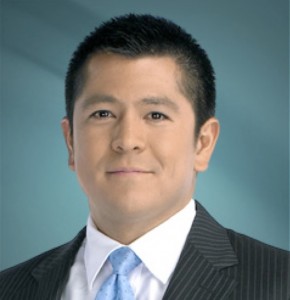 Starting today, Carl Quintanilla is the new “Squawk on the Street” anchor.  His co-anchor is Melissa Lee.  Carl and Melissa will host the weekday morning show from 9-11am, with Simon Hobbs co-hosting the 10am hour with them.

Until now, Carl was co-anchoring “Squawk Box,” Mon-Fri from 6-9 am ET.  He was previously an NBC News correspondent based in New York and Chicago.  Prior to joining NBC, he was co-anchor for CNBC’s early-morning program, “Wake Up Call.” He also spent six years as a reporter for the Wall Street Journal.