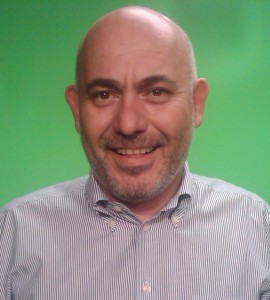 In his new role, Esteban is in charge of the Mexico City bureau, overseeing editorial content, budgets and personnel.   He is supervising the production of two daily shows:  “Crónica,” a sports newscast and “Sin Códigos,” a sports talk and debate show.

Esteban left his job as VP of News for KVEA-52 and KWHY-22 in February of last year.  He had been with Telemundo in several capacities for 17 years.  He was most recently a news and media consultant for AARP and News 12 Long Island and wrote  a weekly column for AOL Latino.