The FIFA U-20 World Cup kicks off this Friday, July 29.  Galavisión will be airing the games live from Colombia.  The first game should be a ratings generator.  It’s Mexico vs. Argentina.

Here’s the schedule for the FIFA U-20 World Cup Colombia 2011 tournament: 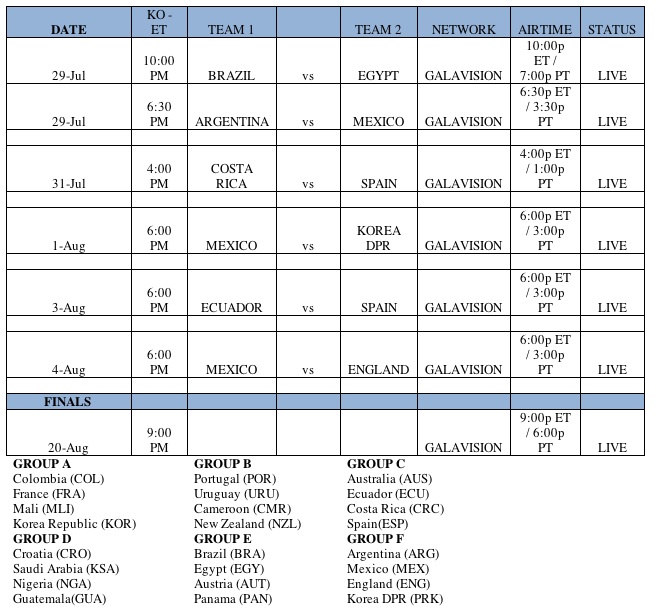