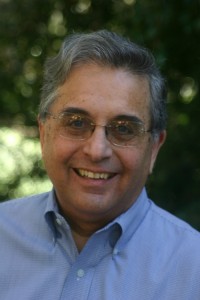 The Barrow Award recognizes outstanding accomplishment and leadership in diversity efforts for underrepresented groups by race and ethnicity.  The Association for Education in Journalism and Mass Communication (AEJMC) will be presenting Felix with the award during their convention in St. Louis on August 12, where he will also be speaker at the 40th anniversary luncheon of the association’s Minorities and Communication division.

Felix has authored or co-authored five books and more than 50 scholarly articles or book chapters, most on racial or technological diversity in media, including “Spanish-language Radio in the Southwestern United States” (1979).  In 2009, he curated a 24-panel traveling exhibit titled “Voices for Justice: 200 Years of Latino Newspapers in the United States,” which traced the existence of U.S. Latino newspapers from 1808 to the present. He is currently collaborating on a documentary film highlighting 200 years of news coverage by U.S. Latino newspapers and journalists.

Felix was the California Chicano News Media Association’s first Executive Director (1978-1980) and a part-time reporter/photographer for the Associated Press from 1984 to 1989.  He also served as Sr Vice President of the Freedom Forum and the Newseum.