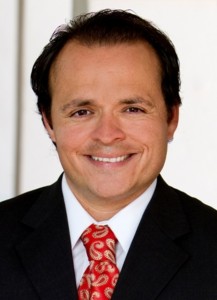 Antonio Castelán will be moving to Los Angeles as a general assignment reporter for KNBC. He joins the station from San Diego CW affiliate XETV where he has been a reporter since October 2007.

Prior to working at San Diego 6, Antonio was a senior investigative reporter and anchor for KRGV-TV, the ABC affiliate station in Brownsville, Texas.  He started his broadcast career as a photographer/live truck operator at KRGV.  He moved to KOAA Colorado Springs as a video journalist. In 2001, he landed a job as a senior reporter at Time Warner Cable’s News 8 Austin in Austin, Texas.