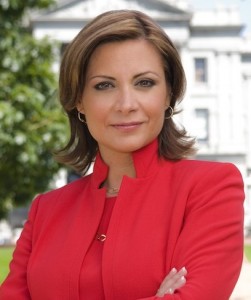 María Rozman has been named KDEN’s news anchor and executive producer for “Noticiero Telemundo Denver.”  Her first day on the job is today.  The launch of the newscast, set to debut Oct 3rd at 5:30p and 10pm in HD. in partnership with KUSA, was announced earlier this month.  It’s part of Telemundo network’s 1,000 hours of news expansion.

Station manager Andrés Chaparro said that María Rozman was chosen “after several weeks of interviewing very strong candidates both at the local and national level. Her previous 5 years of experience were as News Anchor/Executive Producer for a local Newscast in Denver combined with her professionalism, commitment, leadership and knowledge of the market, made her the most qualified person for this role.”

María previously worked as an anchor at rival Univision KCEC-50.  She left the station in 2009.  She has most recently been the Spanish program director at the Ohio Center for Broadcasting, a radio and television broadcasting school.